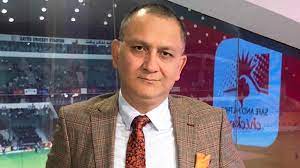 Niaz was brought into the world in Lahore, West Pakistan. He was the third offspring of Mrs Nusrat Hamid and Lieutenant General Hamid Niaz (retd.) of Pakistan Army. He began his tutoring in St Mary's Academy, Rawalpindi in 1975 preceding taking on Aitchison College, Lahore. In the wake of finishing his Bachelors in Medicine and Bachelors in Surgery (MBBS) from Rawalpindi Medical College, he worked at the Holy Family Hospital in Rawalpindi. Before long subsequently, he finished his post graduation in the field of endocrinology. He is an individual from the Royal College of Physicians (UK) and is additionally a Fellow of the Royal College of Physicians (Edinburgh). He holds PhD from University of Western Australia and a post doctorate from the University of Oxford.